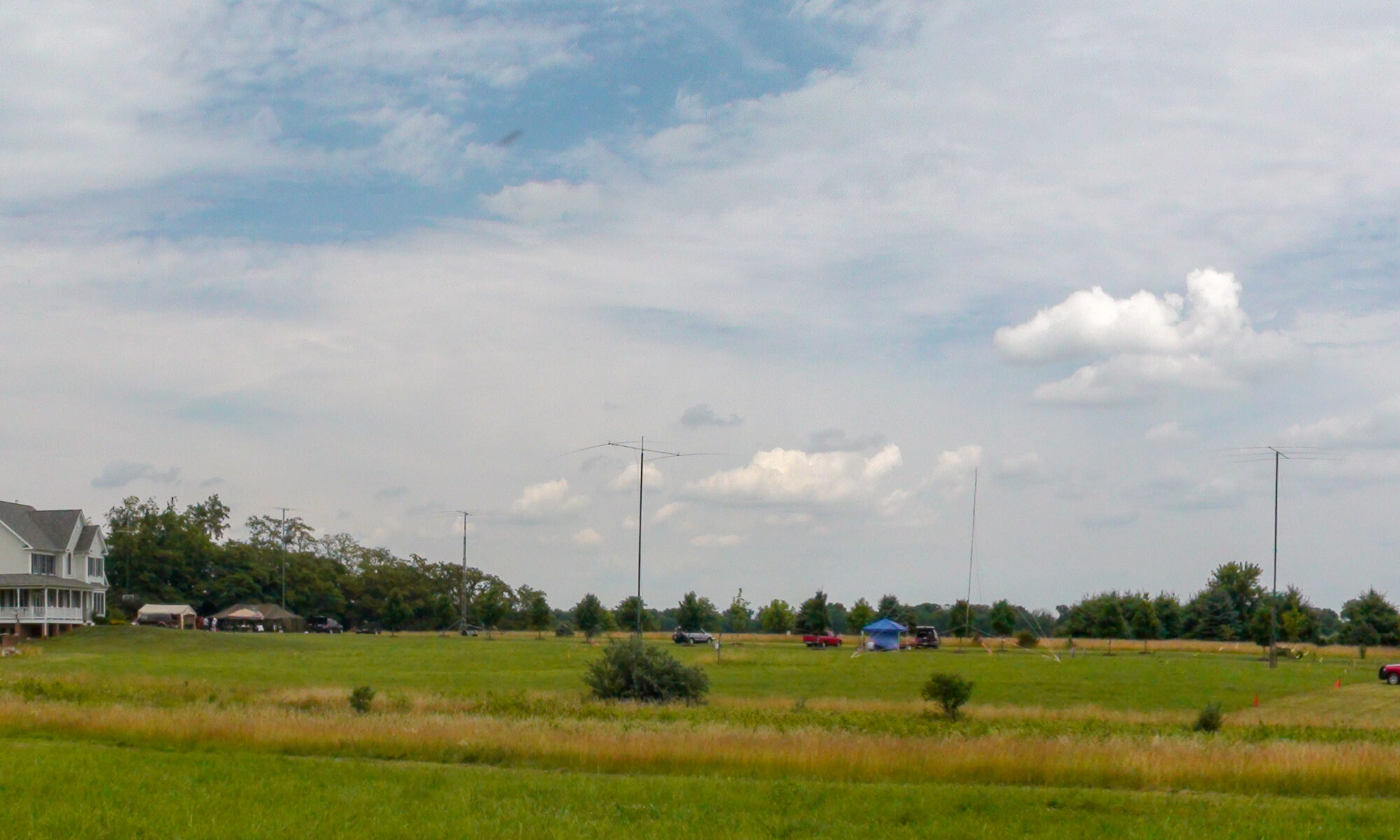 Today I randomly ran across some old photos from Field Day 2011 and 2010. It reminded me of the good fun, sweat and community we have shared as a club over the years.

These early years were transformative for me as a younger ham. They would sharpen my love of the hobby while increasing my engineering and tactical prowess. Some would argue that the latter would not have taken much! Ha.

Then I was a General class operator not yet having achieved the class of Extra. That would not come until later. My call was WB5ODJ. I would soon drop the B from my call.

As I ready for the weekend for a Field Day of One I’m reminded of all of the people I’ve met here in Loudoun County who included me in a social club of radio hams with open arms. I’ve watched this club grow together and go on to do some pretty amazing things over the years from launching and tracking balloons to these huge field day efforts.

For those that have never been able to experience a field day as large as the ones we have I hope one day you will have this opportunity. The events of late have made it very hard for anyone to gather and do anything including mustering for an event this large.

Ten years ago this week truck load after truck load would start to show up dropping things off for the big event. People would start to lay things out in their heads how the event would actually unfold after months of planning on paper. There were cables to build, groceries to procure, meals to prepare, antennae to build, towers to erect and stations to set up.

Then Friday folks would descend on our Field Day site and start to work on building for the event. It was a noisy, often chaotic, and busy time of excitement as we worked together to figure things out. And we did always figure things out.

The event would start at 10am Saturday. People from all walks of life would come join us for lunch, dinner or breakfast. Big stories would be told while operators worked to get as many contacts as possible in 24 hours.

Then… POOF! It would be over.

Things would be taken down. Everyone would leave. Like it never happened. Every stick of furniture, tower section, cable, radio, computer and trash bag was gone.

You’d have to walk in my shoes to know what that felt like. Like family you haven’t seen in a long time was leaving and you knew you wouldn’t see them again. Some for a long time; Some never again.

It’s quiet here now. There is no noise. There is no chaos. There is no erection of towers using sketchy engineering methods. No tall tales. No lunches or dinners. No shared paths.

I miss the chaos.

Have a great Field Day 2020 where ever you are.